Both employed by the Army, there were only three times Matt and Ally had ever been together in the same physical location. For one year, despite great distance and very tight schedules, the couple corresponded whenever possible. Then Matt proposed, and beyond any doubts, Ally said “Yes!” 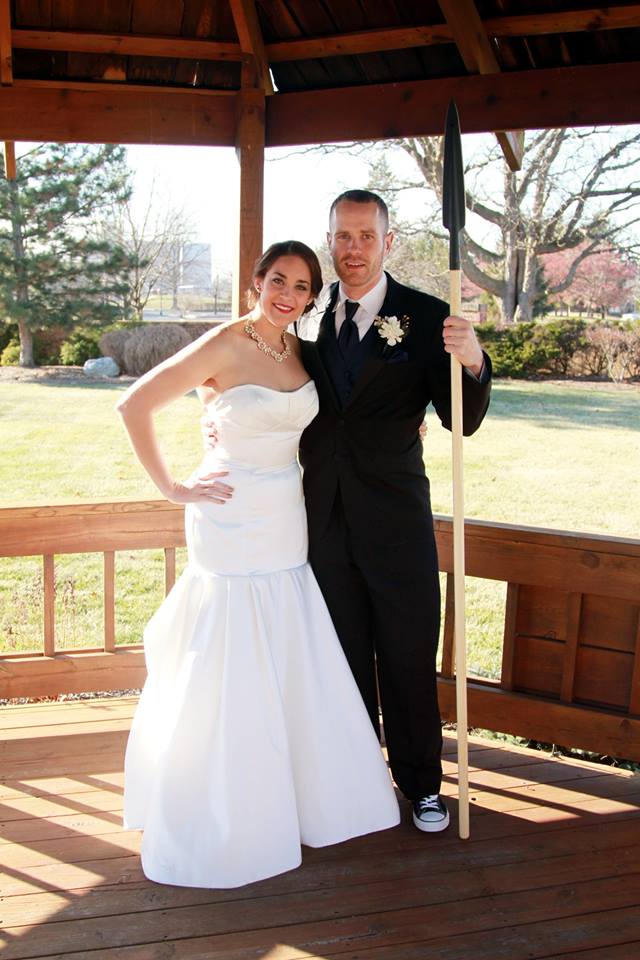 One Week To Plan A Wedding

Thank you to mother-of-the-bride, Patrice Brock, for telling us her daughter Ally’s story.  Together, they had only one week when Ally was on leave to plan as much of the wedding as possible.

Writing to The Bride’s Project, Patrice said, “You played a very special role in this experience – you made Ally feel like a ‘normal’ bride. You took the time to listen to her story and helped her find the perfect dress. She had to plan her wedding from 2000 miles away, often having to let her sister Julie and I make choices and decisions that most brides take for granted. Ally knew she and Matt would have precious few days together for their December wedding. For a short time on that morning last summer, you gave Ally, and Julie and me, the very special gift of a fairy tale start to a most unusual journey.

“Ally’s story is a true fairy tale – with a twist. She and Matt became friends and fell in love through letters, Skype and phone calls. It was obvious to everyone that they were meant to be together. They had only been in the same place three times when he proposed. You see, Matt is also in the Army. They have been posted on opposite sides of the country throughout their training. The wedding had to happen in December as that was the only time they would both be on leave.

“Ally and Matt are both ‘family-people,'” explains Patrice.  “So one year after they started ‘dating’ and seven months after she said YES, they had a wonderful, fun-filled, memory-packed wedding with family and friends. The dress from The Bride’s Project was much more than a beautiful part of a beautiful day. Matt’s grandpa and Ally’s grandma lost their battles with cancer years before the wedding. To be able to help others in their fight through the support of your shop was never a question – it had to happen! On their wedding day, Matt carried his grandpa’s dog tags and Ally had a purple iris in her bouquet for her grandma. 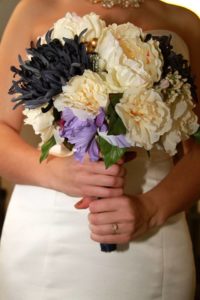 “From the moment we found your shop online, we knew we had found a gem.  You graciously accommodated her very tight schedule that week and made us feel so welcome.  Ally is overjoyed to be donating her dress back so that another very special bride can look radiant on her very special day.”

Four days after the wedding, Ally and Matt were once again on opposite sides of the country. They spent the first six months of married life apart, but now rejoice that in June, they were able to truly start their life together at Fort Bragg, NC. 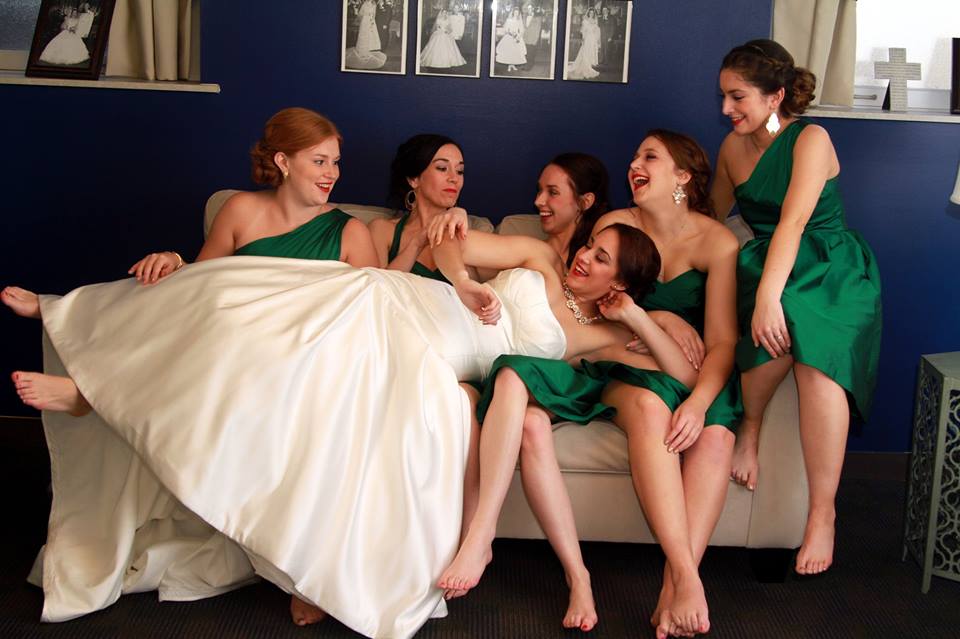