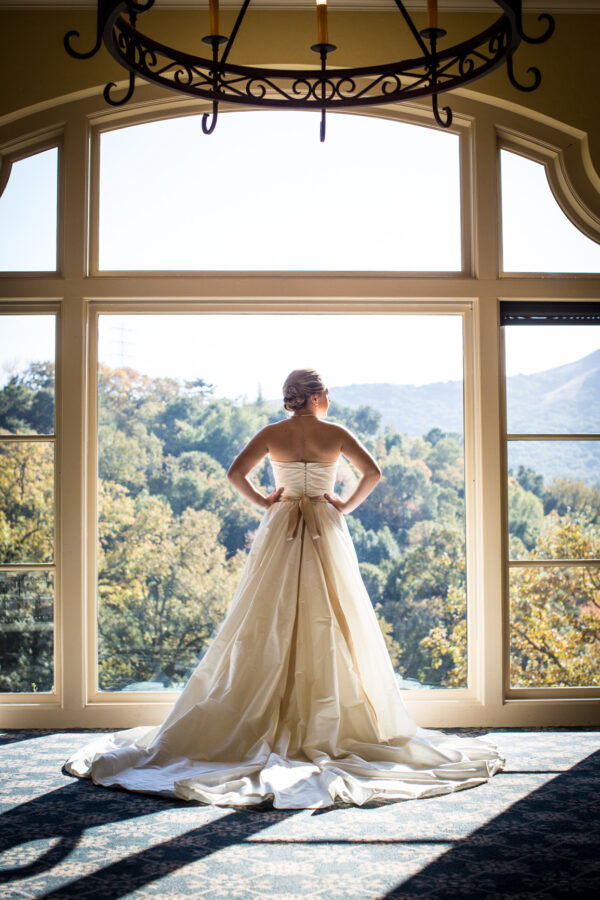 The Imperfections Made It Perfect

Before they were officially engaged, Diana was walking Main Street in Ann Arbor with her future husband, Josh, when she saw a window display for The Brides Project.  Recognizing that it addressed her budget-minded and environmental values, she knew she would be shopping at TBP.

A few months later when Josh popped the question, she searched out The Brides Project immediately.  Diana came in to the shop with an idea of what she wanted, but her mom had a different idea, with her eye on a “dark champagne, off the shoulder, embroidered-crystal-1980’s” gown.  Diana gave it a shot, but her God-sister, Monica, ultimately chose “the one” – a classic ballgown with a sweetheart neckline and ruched bodice.  Diana loved the raw silk material the most.  “The little imperfections made it perfect for me.”

Although Diana was already destined to buy her gown with The Brides Project, it became even more personal to her in the months surrounding their engagement and wedding: “About a month before we got engaged, my dad’s best friend died from a long fight with metastatic prostate cancer. A few months later, one of my mom’s best friends passed away from a devastating battle with lung cancer.  It was a really hard time for my parents.  They would have both been such an important part of that time.”  Diana feels that donning her Brides Project gown was a way to “pay tribute to these two amazing people” and was “one more way they would be with us that day.”

Diana and Josh had a country-club wedding in Diana’s hometown of Orinda, California.  Decorated like a 1920s hacienda, the club was a beautiful backdrop to their neutral color palette of creams, browns and blacks.  The flowers were primarily hydrangeas, significant to the family since they come from the Azorean Island, Flores, which is covered in the beautiful white flowers.  Her dress with ballgown skirt, dramatic train, and beaded sash fit the day perfectly and Diana’s family teased her about always having wanted to be a princess. “They were completely right, and I really do feel that’s what I had: a princess wedding.” 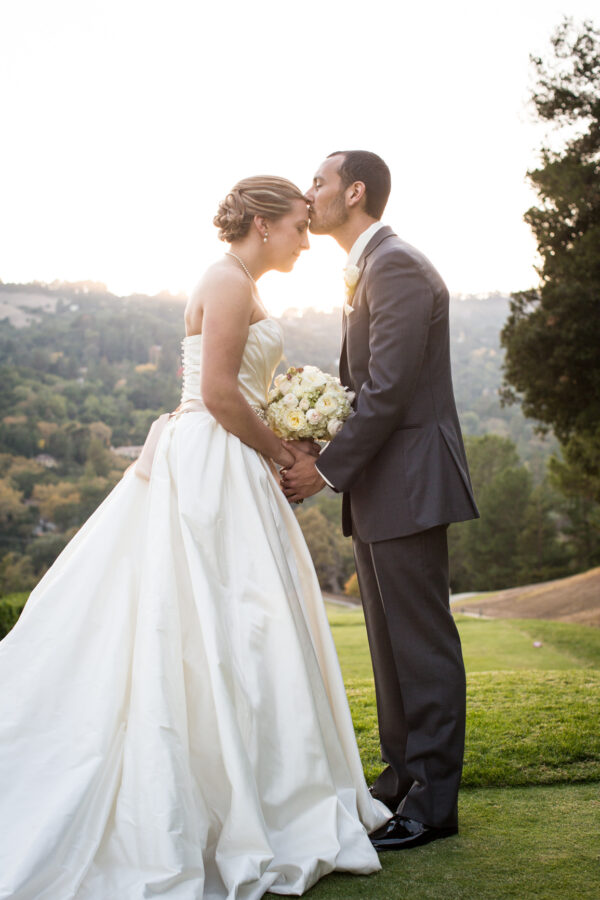